The Tale of a Stocker or a Wild Fish?

I hit a couple streams this weekend and came across an interesting fish.  This is one of the moments I wish fish could talk.  I caught a big small stream rainbow out of a run.  As soon as I got it to hand, I swore it had to be a stocked rainbow trout that traveled a great distance.  It had stocker like markings, ugly face and jaw, big size, and just looked like a stocker at first glance, but after looking at it more one can see the vivid par markings and the tail and fins intact and that of a wild fish. Even stocked trout that have been in the wild for years and years will usually show signs of their prior residence in the concrete fish troughs.  This fish's tail was rounded and full, and not squared off like a stocked trout's tail.  So it is a toss up for me.  If it is a stocked trout though, it made an incredible journey to where it is today.  The nearest stocked stream is around 5 miles away.  While this does not sound impressive, it is more so when the 5 miles this fish traveled is described.  Where this stream enters the stocked creek, a good portion of the stream goes subterranean and is very skinny even during high water.  Then the stream gains some steep elevation with some impressive plunge pools and falls that the trout would have to climb.  The stream had a couple mountain roads that cross it with some sketchy, old culverts it had to go through just to find this deep run to call it's home.  While not impossible, I still find it hard to believe that the fish had that much ambition to make that journey. I honestly think it is a big old wild rainbow, but deep down I kind of hope that it was a stocked trout and is back in it's run it found.

More to come from my trip, there were some big brookies caught as well in other streams.
﻿
Posted by Chasing Blue Lines at 11:52 AM 1 comment:

I have been working on prepping a nursery for painting all weekend.  Put up a wainscoting, caulking room, putting up trim, and 50 degree weather made me put aside a few hours on Sunday for some brookies with a friend.  Good day to get out and spring is around the corner. 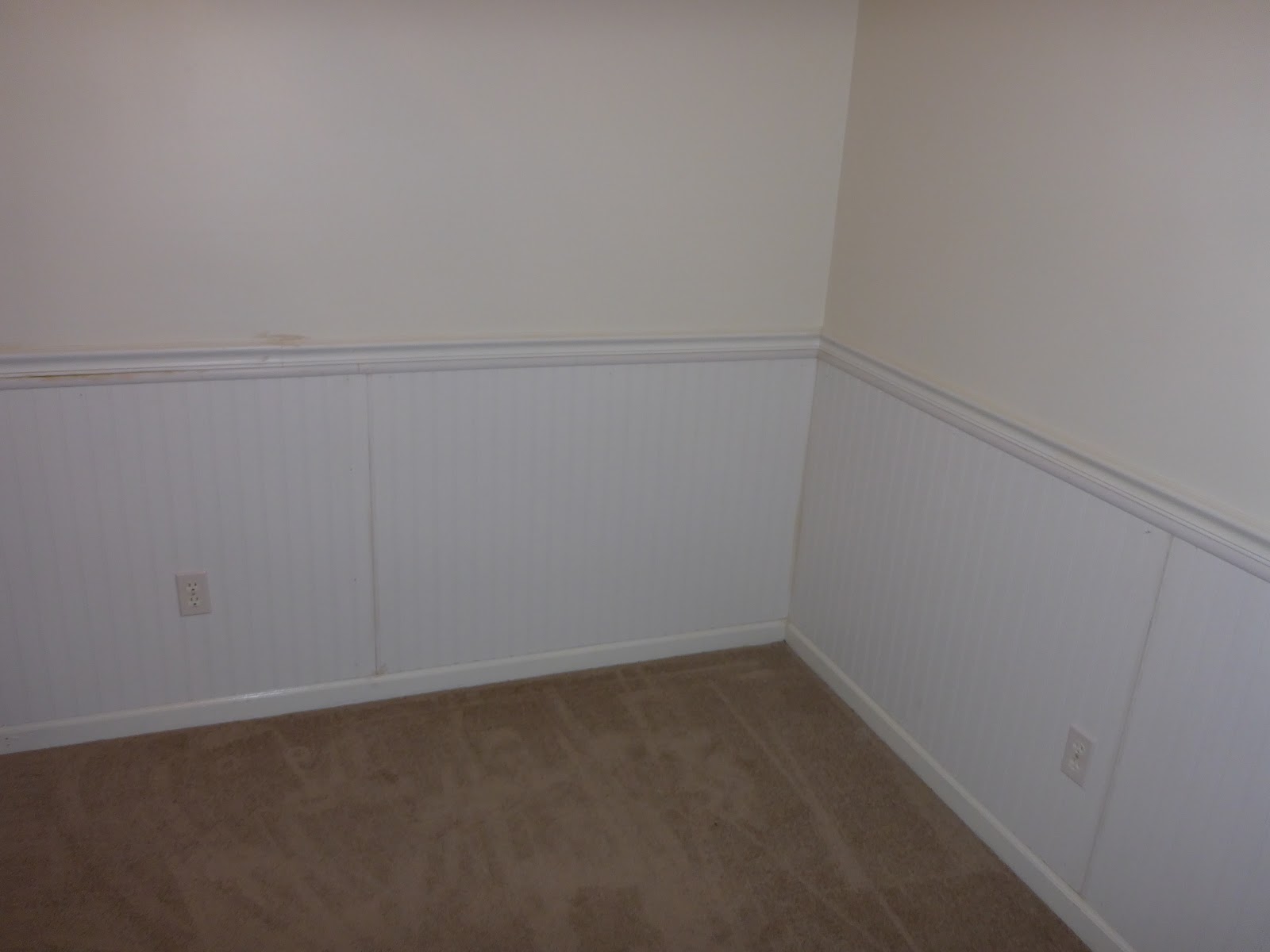 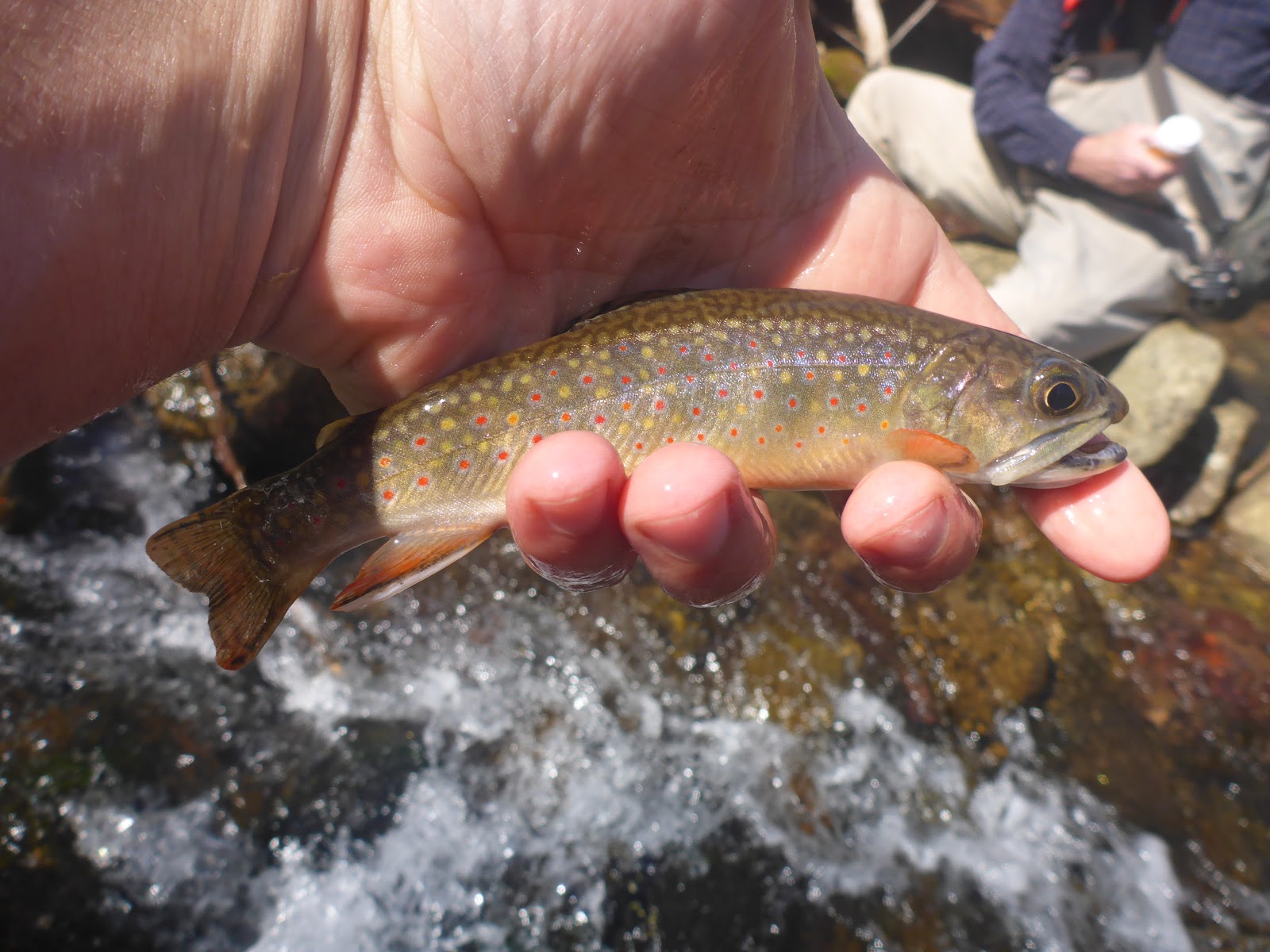 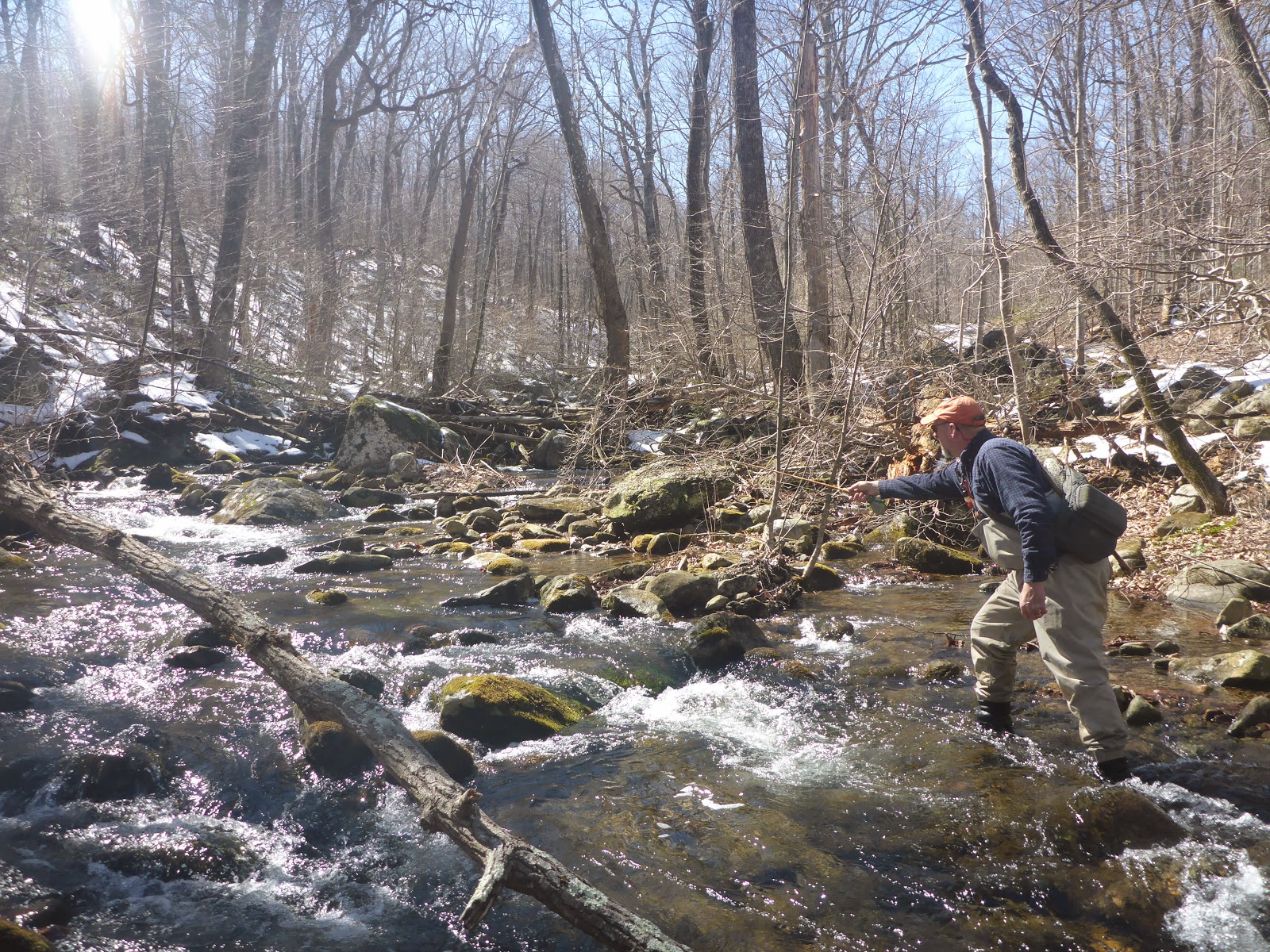 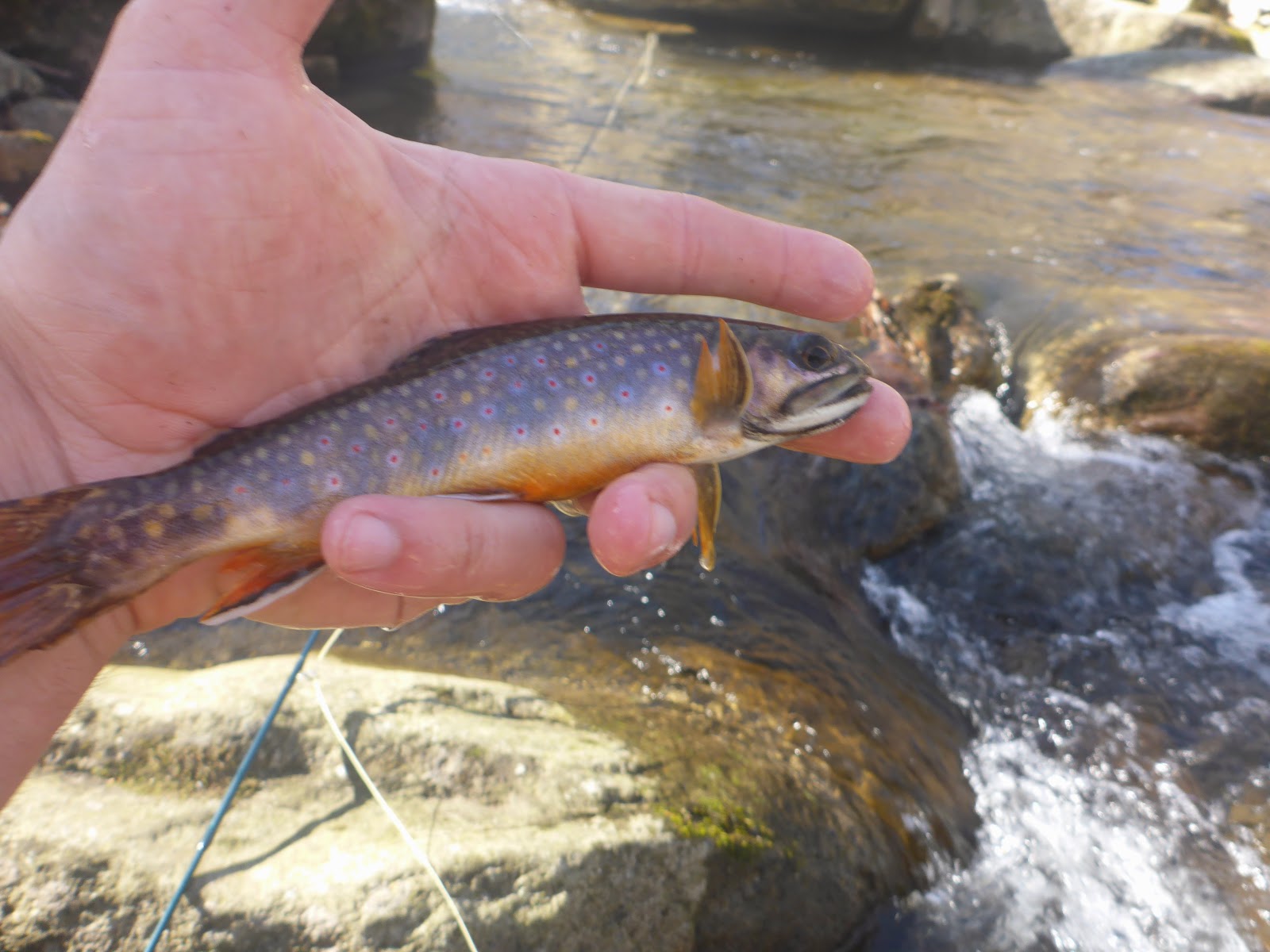 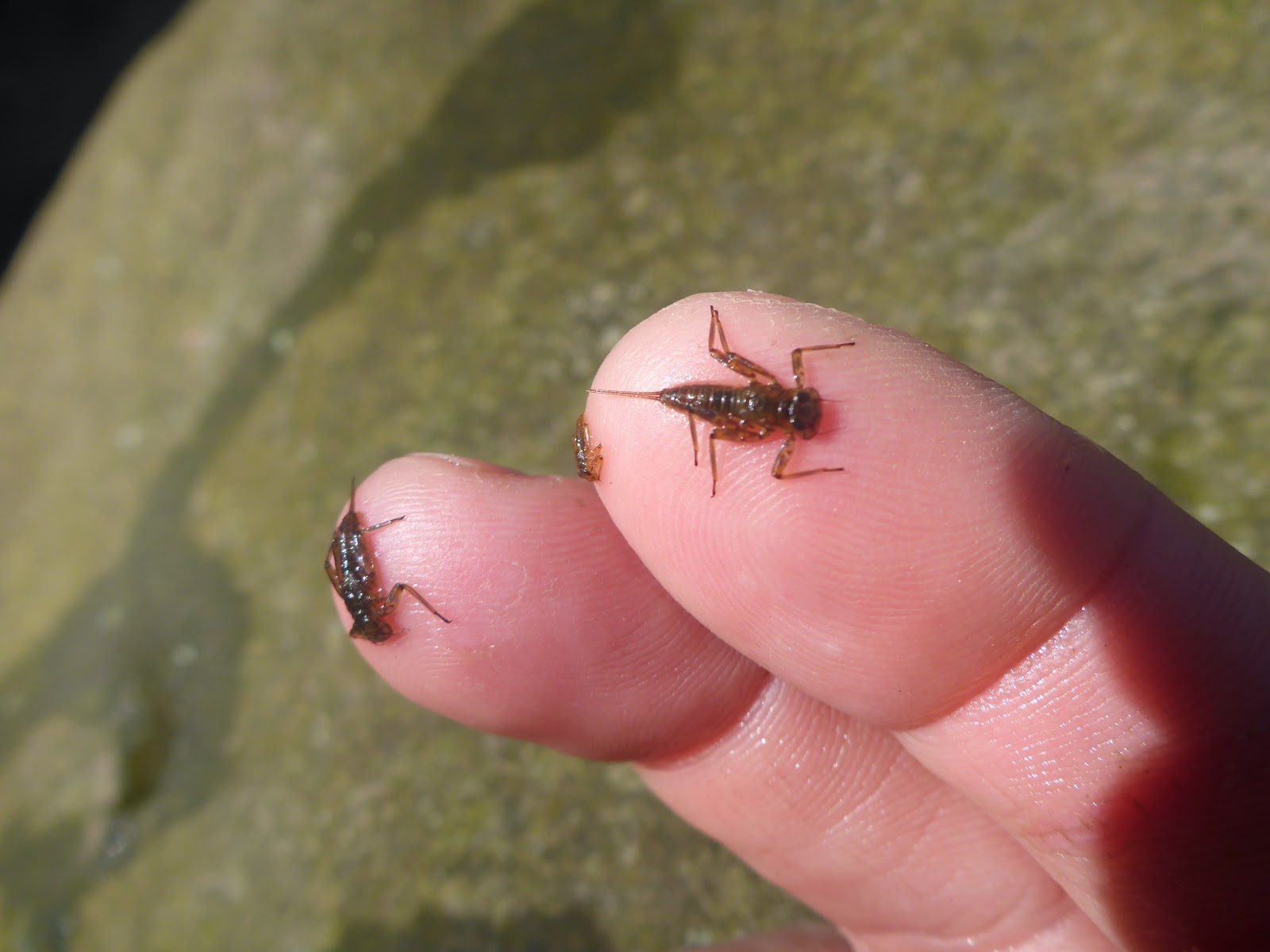 The streams and rivers of Virginia have been locked up with ice from old man winter.  Which has given me some time to focus on my wife as her Birthday and Valentines day hit close together in mid February.  In the past two weeks Lynchburg has received close to 20 inches of snow, broke an all time low temp record as -11, and froze a couple rivers up completely which I have never seen.  Luckily we received a couple days in the mid 30's and low 40's which seems like a heat wave and allowed me some time on the river chasing Mr. Musky.  Decided to be safe and chose a section of river that has a dam behind it that would ensure we would not run into any ice.

I moved two musky early on in the float.  One was beast.  I bombed a cast, strip, strip, strip, tight line, set the hook, "Am I hung on a log?".  Slowly rose the musky to the surface, she head shook a couple times and threw the fly. Tough getting a good hook set on a musky from a distance.  Got a good look at her though and she was one of the bigger muskies I have seen in person.  A really knee shaker. This was the fly that got it done for the day.

It was a cold day to be out on the river with the temps being around 20 when we put in and reaching a balmy 30 degrees for the day.  The sun being out helped too.

One of the keys for musky fishing is not focusing on catching a musky, but enjoying good company and having a good time being on the river.  Whenever I float with Dave, we bring a grill, take a mid day break on a sand bar, grill and few burgers, and rest our casting and rowing arms.

Also helps to bring some coffee and a hand warmer for the cold days.

If you take a step back and soak in the scenery you will be amazed at some of God's creatures you will spot.  Beavers, muskrats, a few hawks, and an eagle were out.  Got a blurred photo of the eagle.

At the end of a long day of floating and bombing a 450 grain line and a wet deer, we were treated to a sunset at the take out.

Beats a warm day indoors in my opinion.
Posted by Chasing Blue Lines at 7:46 AM 1 comment: