First Outing of the Year

It's been a while since I've been able to go fishing.  Between the new dog, work, new MBA classes starting up, and cold crappy weather, I just haven't been able to find the time.  I decided that this past Saturday I would be going no matter what.  Ended up being not too bad of a day weather wise.  I think the temperatures hovered around 30 to 32 degrees and the wind was in the 20 mph to 30 mph range, but considering the past week, it was a warm front for VA.  The mountains help block the wind too.  Was also able to talk a friend into fishing with me as well.  Plan was to hit and fish stream A all day long, but the past week of low single digits had this stream looking like this:

It wasn't fishable to say the least.  Luckily we had a Stream B to fall back too.  This second stream is only 15 miles by road (3 miles as a crow flies) away from the first stream, and had no ice what so ever.  The stream temp was a balmy 43 degrees due to all the springs that pour into it.  It's nice to know a stream that won't ever lock up.

The biggest surprise was BWO's coming off the water and a couple Brookies rising to them.  I never tied on a dry because the rising fish were real sparse, but still was fun to sit and watch.

The second big surprise was how many big fish we were able to dredge up.  My friend came unbuttoned on a 13 inch brookie and I landed a brookie around the 12 inch mark and one rainbow around the 14 inch mark.  Lots of 10 inch brook trout too which is abnormal for a small stream with snow on the banks.  Hey, I'll take it.  The pictures with hands with gloves is my friends fish, the pictures of no gloves were mine. 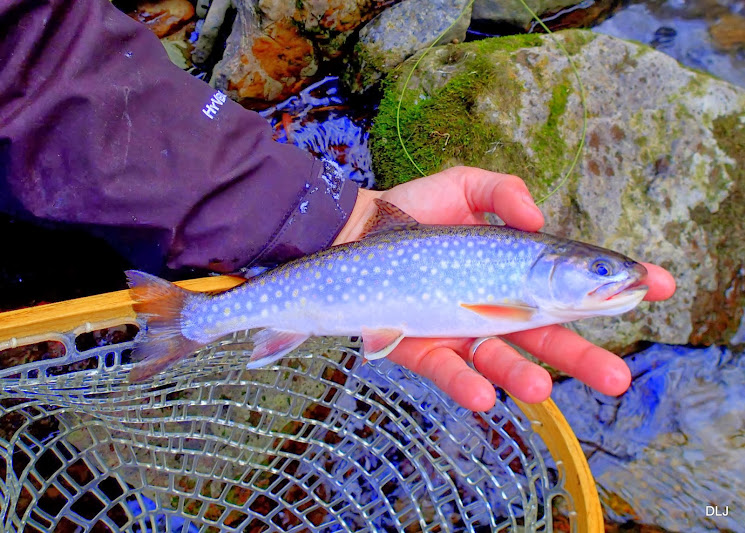 I'm not going to lie, as fun as the trip was, it was nice to round out the trip with a nice cup of hot coffee.  Hope to get out a little more regularly in the next month or so.  Thanks for reading.

Posted by Chasing Blue Lines at 6:47 AM 6 comments:

So I finally got around to finishing my axe. Classes and rain have kept me busy and water unfishable so I've had time here and there to finish it up. I soaked the axe head for 48 hours in white vinegar. Then gave it a good sanding. Took a sharpening stone to the blade. Fitted the handle and soaked in linseed oil. Not too shabby if I say so myself and splits wood like a champ. 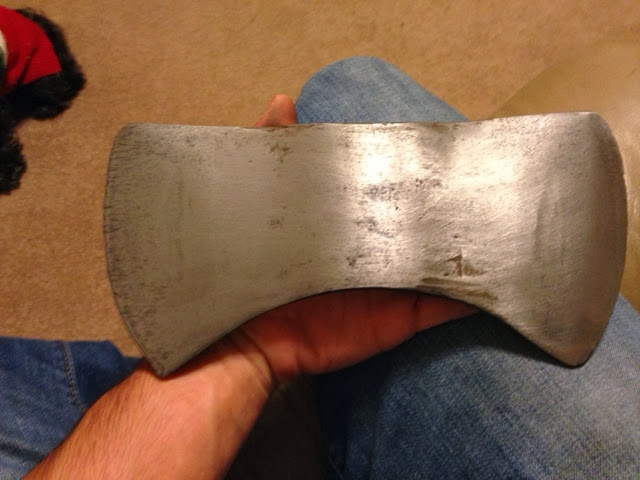 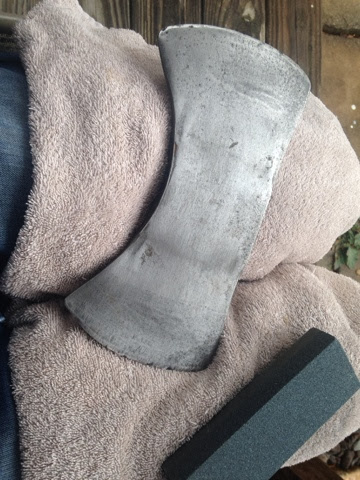 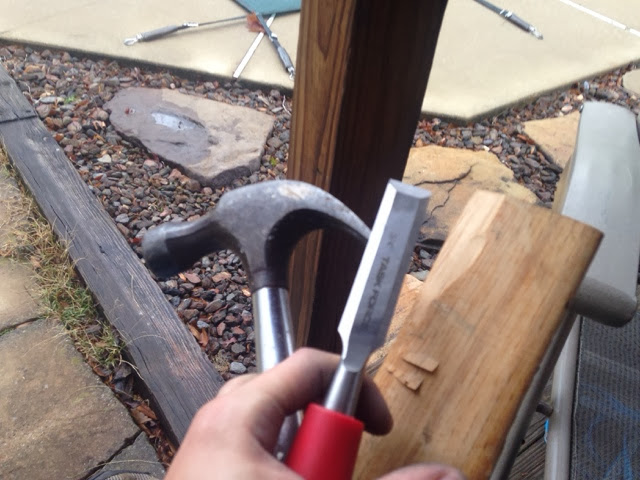 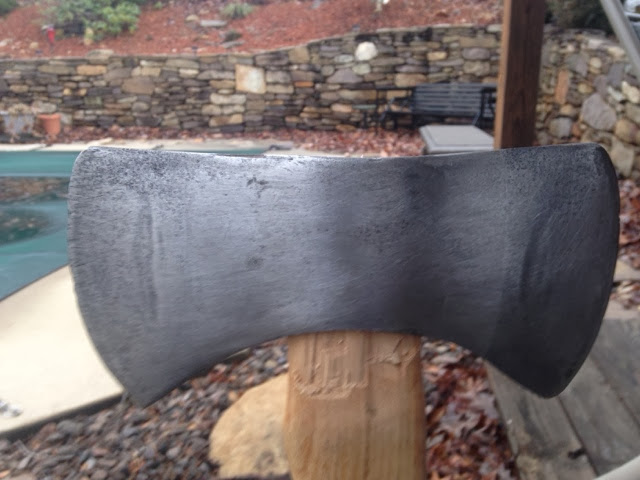 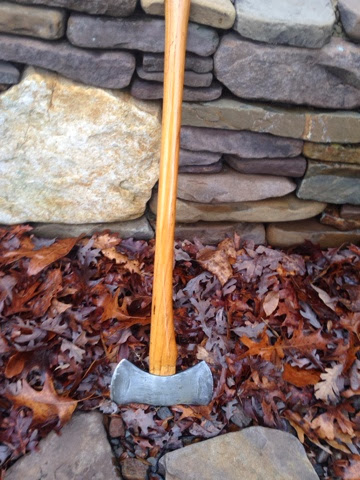 Posted by Chasing Blue Lines at 5:35 AM No comments: